Photo from center of On Deck, Volume 4

Peoria, Arizona, location of the Peoria Sports Complex – the Spring Training home for the Seattle Mariners and San Diego Padres. The complex is owned by the City of Peoria and sits on 145 acres near Bell Road and AZ101. The stadium seats 11,333, has 12 practice fields, 2 team clubhouses, and 1 visitor’s clubhouse.  Attendance for Spring Training has averaged about 230,000 and another 300,000 fill the complex for other events throughout the year including Arizona Summer League, Arizona Instructional League baseball, Arizona Fall League, and the Arizona Baseball Academy to name a few.

In 1993, the City of Peoria finalized a two-year negotiation between the Mariners and Padres to begin construction on the Peoria Sports Complex. It was the first Spring Training facility in MLB to be shared by two teams and has since served as a model for others. Construction was completed and the first Spring Training games were played there in 1994, March 2 – Padres vs. Mariners. Each team signed a 20 year lease initially and negotiated a lease renewal through 2033. As a part of the renewal agreement, extensive renovations will take place to both clubhouses as well as the stadium. Both teams use the complex year round for player development.

Of course, Spring Training also means an opportunity for fans to get up close to Major League players and those who will be stars in the future. Saying hello – getting a hat or a ball signed – having one of the players recognize you from before – it’s all part of what makes Spring Training fantacular! Some of the newer facilities have been built to keep fans at a distance and I truly believe that is a mistake because this is a time to be part of the experience. But that is certai0nly not the case with the Peoria Sports Complex … it is truly one of the most fan-friendly ballparks in the Cactus League system. In addition to filling your autograph book you should plan to fill your stomach as well! The food selections are outstanding … tri tip, shrimp or fish tacos, freshly grilled teriyaki bowls, Greek Gyros, BBQ, special kids meals, and much more.

At Peoria, fans enjoy relaxing on the berm and tasting a wide variety of foods

Notes – I love my team and I would go to Peoria every year to see them regardless; however, I have been to every ballpark in the Cactus League and this particular complex remains my favorite because of the overall atmosphere and experience. When you leave the complex you have more food choices than you can handle … from fast food to complete dining … and there is a shopping mall across the street as well in case there is something you need to buy. With an AL and NL team calling Peoria home, you are sure to find a match up that you want to see – and why not see it at the most fan-friendly ballpark – that’s what Spring Training is all about!

The Baseball PHD has been visiting the Peoria Sports Complex since 2008. This year she visited on two consecutive days: 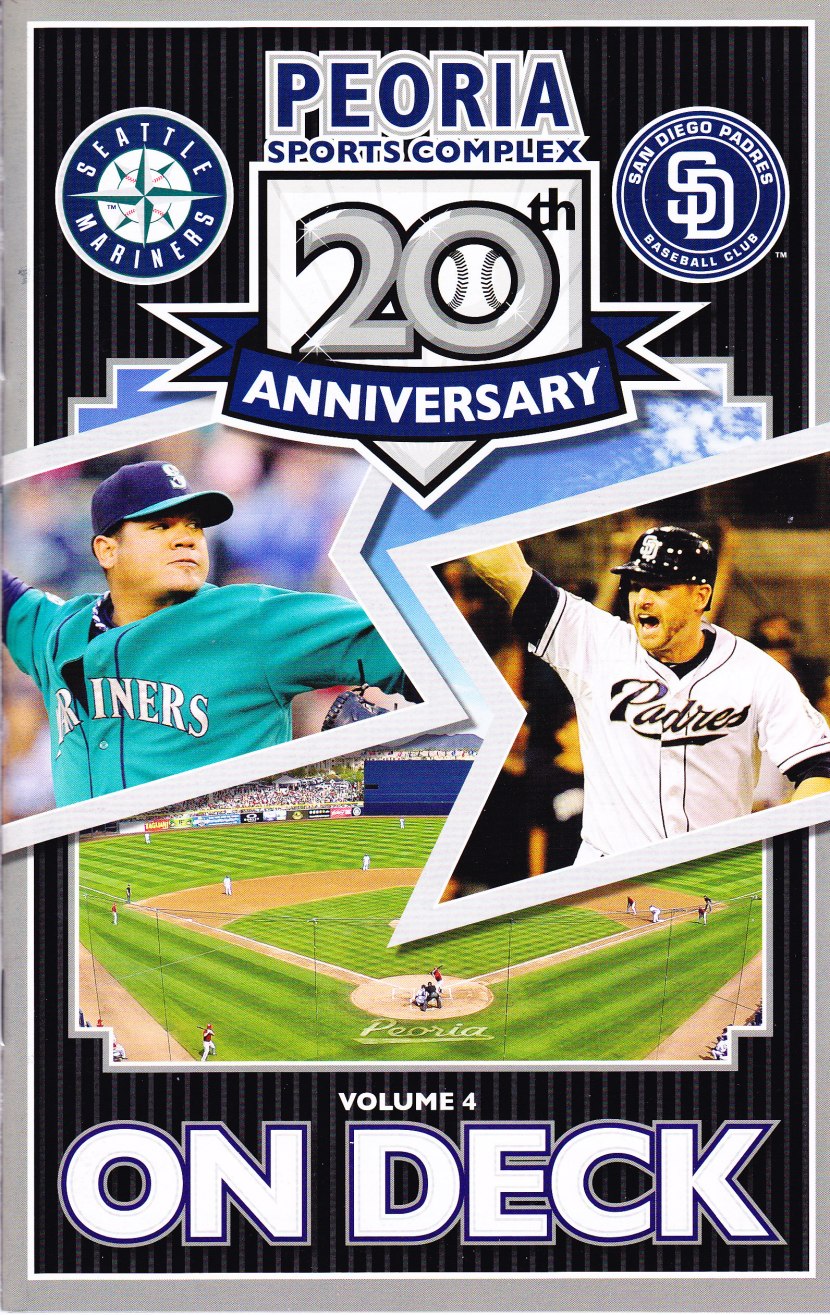 Images of the People, History, and Destinations of Major League Baseball

Adventures and Opinions of a College and Minor League Baseball Fanatic

Ballparks on a Budget
The Ballpark Guide

From "Boys of Summer" to "Veeck As In Wreck" to "Bang the Drum Slowly" to "Ball Four" to "The Glory of Their Times", we love a good baseball book. This is the MLB.com official blog to discuss them.

Inside the Padres with MLB.com beat writer Corey Brock

The "Casual Fan" Of Baseball

Asking players, coaches, front office staff, and fans who their favorite MLB players are and why. Also love writing about my San Diego Padres

Discussing the People, History, and Destinations of Major League Baseball

The latest news on WordPress.com and the WordPress community.